As a longtime Marvel fan, I’ve been beyond excited to visit Avengers Campus. It was originally slated to open in the Summer of 2020, but due to The Blip, the opening was pushed back a year. When the big day came, it was an absolute thrill to finally get to see Thor, Loki, Captain America (Sam), Captain America (Steve), T’Challa, Okoye, Antman, Black Widow, Spiderman, Dr. Strange and the acolytes, and that giant Pym’s pretzel!! in their brand new home. Here are a few of my photos . . . and some of the best things about Avengers Campus Opening Day! 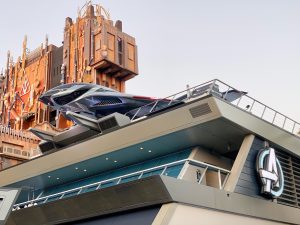 Avengers Campus is absolutely joyful. It’s clear that a whole lot of love went into designing this space. On Opening Day, Imagineers lined the streets to welcome everyone who’d been in in line since 3:30 a.m. (I see you, friendly line neighbors!) Web Slingers was ready for its first official Open House. 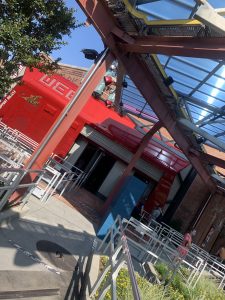 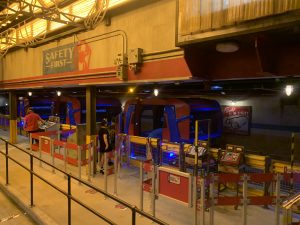 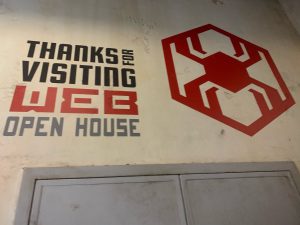 Spiderman soared across the campus. Disneyland President Ken Potrock greeted visitors with a cheerful Wakanda Forever pose. And cast members ushered us toward their favorite parts of their new home. Everyone – from the guests to the cast members to the Avengers themselves – was absolutely thrilled to be there. It was a truly joyful day. 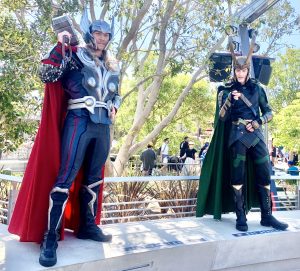 It goes without saying, the Avengers are the high point of Avengers campus. And there are so. Many. Avengers. Thor and Loki heckle each other on the steps. 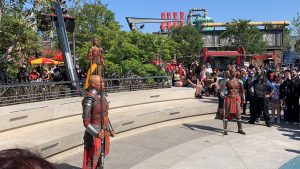 The Dora teach us their moves . . . then move us to tears with a moment of silence for the fallen kings. 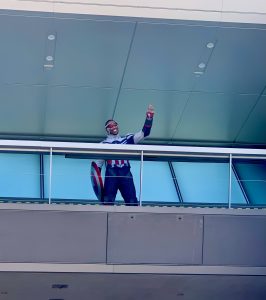 And when Captain America came out for the very first time, the entire campus just completely lost it. Seeing Sam carry the shield in Disneyland was a moment I’ll cherish forever. 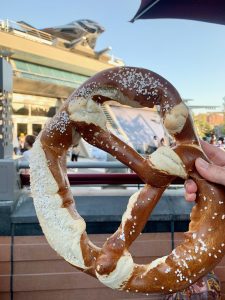 Pym’s Test Kitchen might just have the best food in California Adventure. (Though I’m also really into those epic chocolate milkshakes at Flo’s, so it’s a close one.) The Ever-Expanding Cinna-Pym Toast (with its the teensy little forks!) is amazing. The Not So Little Chicken Sandwich (with the itty-bitty little bun!) is hysterical. But possibly the most amazing thing is the enormous Quantum Pretzel. Not only is it delicious, but it is ridiculously fun to eat. 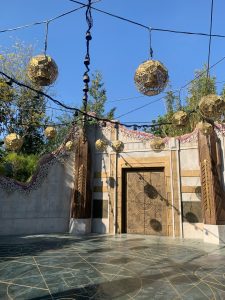 This was one of the spots I was most looking forward to seeing. I adore Dr. Strange – not only is he smart, loyal, and hysterically funny, but he’s a master of energy and the Mystic Arts, he gets to work with Wong (I am very fond of librarians), and his Cloak of Levitation is a character unto itself. The California Sanctum definitely does not disappoint. Throughout the day, Dr. Strange (and a special Asgardian guest!) put on a show, a seemingly normal checkerboard tile turns into a mysterious photo op, and guests can channel their inner acolyte. Because as Thor noted, Earth has wizards now. 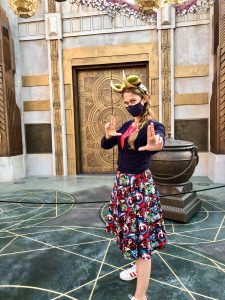 But as beautiful as the sanctum is during the day, it’s even more gorgeous at night. Which brings me to . . . 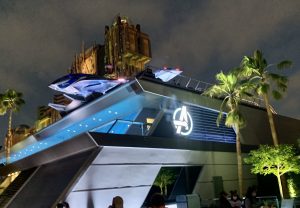 As the sun sets over Guardians of the Galaxy (where Star Lord’s dance party has finally returned!!), the campus takes on an ethereal glow. From the Quinjet to Webslingers to the California Sanctum, everything in the campus becomes just a little bit more magical. It’s definitely worth sticking around for an evening visit . . . and maybe picking up a Terran Treat (or another Quantum Pretzel!) to finish off the day. 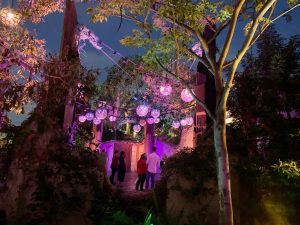 And then of course, there are the little things that make any Disney land so incredibly special. Details like the Jeep . . . 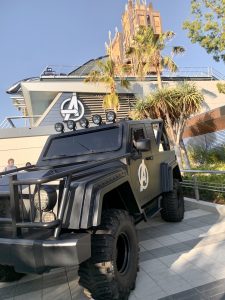 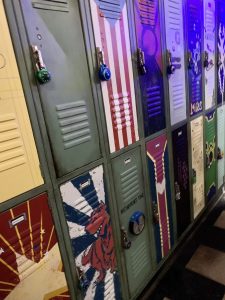 The trashcans. (Seriously, Disney trashcans are works of art.) 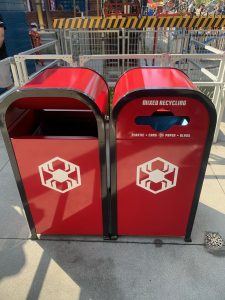 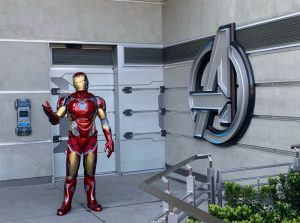 Peggy Carter’s parking space. (Have I mentioned my love for Peggy Carter? I love her. LOVE. HER.) 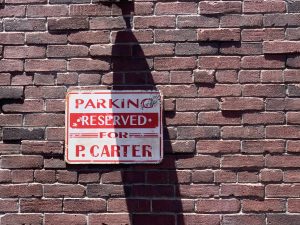 And the Shawarma Palace. I mean. ❤️ The little nods to moments in the MCU are just fabulous. 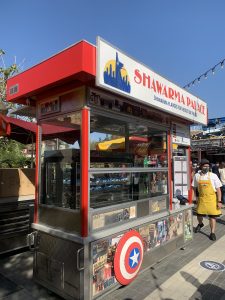 Opening Day at Avengers Campus was a truly joyful experience. I can’t wait to visit again . . . and this time, maybe I’ll see that mischievous scamp Loki in his TVA getup! I hope he likes my ears . . . 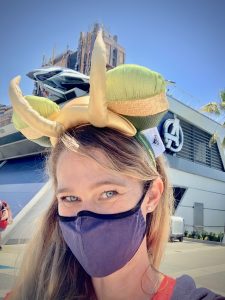 Where to Buy S.T.'s Books