The Day I Met Sir Kenneth Branagh... and Benedick Signed My Shakespeare!

Sir Kenneth Branagh has always been my person – that stranger I didn’t know, but who completely changed my life in the best possible way. If it wasn’t for him, I never would have known how much I love Shakespeare. I never would have ventured this far down a creative path. I never would have ended up writing mythology, or Star Wars, or princesses, or any of the things that have become such huge parts of my life. Sir Kenneth Branagh, and his absolutely brilliant film Much Ado About Nothing, completely and totally changed my life. And I’ve always wished that I could tell him thank you. 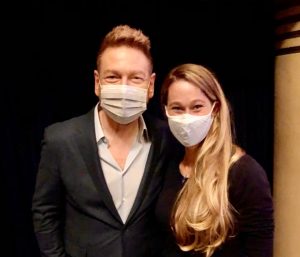 This weekend, I got to do just that.

I was incredibly lucky to attend a tribute to Sir Kenneth Branagh, where he was honored for a lifetime of remarkable, inspiring, life changing work. 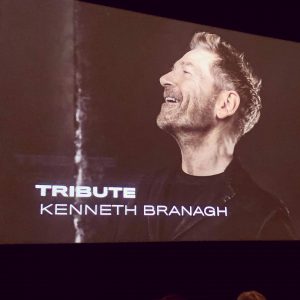 After receiving his award, he screened his upcoming film, Belfast – starring Dame Judi Dench, Jamie Dornan, Caitriona Balfe and the absolutely outstanding Jude Hill. (The film is breathtaking and heartbreaking and uplifting and beautiful. And everyone should see it when it releases next month.) Then he treated us to a heartfelt chat, during which he discussed growing up in Belfast in the 1960’s, and writing and shooting this very personal film during the Pandemic. (Everyone got tested every day. He didn’t want to go to the Tower of London for giving Judi Dench COVID!) 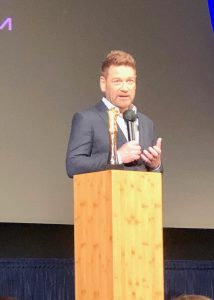 He also discussed performing Shakespeare with first time director, Dame Judi Dench . . . who called him out for going off book to get a laugh! TWICE! 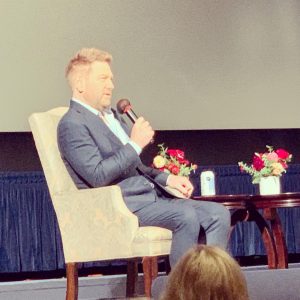 Hearing him speak was one of the absolute thrills of my lifetime. Not only did his Much Ado have a huge impact the trajectory of my life, and change what I believed was possible to achieve, but his Thor and Cinderella are two of my most treasured films. Thor brought my beloved Norse mythology to life in the most breathtaking way. And the live action Cinderella – my all time favorite fairy tale – brought a whole new depth to the story of a girl who always chose courage, kindness, and love . . . no matter what life threw at her. That film gave words to a truth I will always hold dear – that there is magic and power in seeing the world not as it is, but as is could be.

“She saw the world not always as it was, but as it could be. With perhaps, a little bit of magic.” -Fairy Godmother (Cinderella 2015) 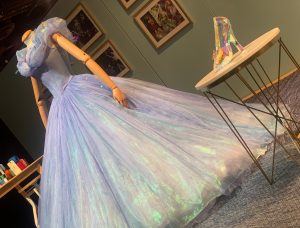 And so, wearing both the glass slipper necklace my found family sister gifted me, and the Have Courage And Be Kind bracelet I wear most days, I got to thank Sir Kenneth for making Shakespeare accessible . . . and for opening my world to infinite possibilities. He signed my Complete Works of William Shakespeare – the most treasured book in my library!  And he didn’t laugh when I also asked him to sign my Thor dvd. (Because, balance.) And by some small miracle, I managed to not cry in front of him . . . though my hands never did stop shaking! 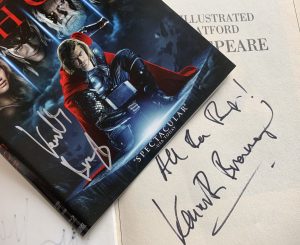 I’m so grateful I had the opportunity to meet my hero. And I hope that everyone has that person – the one who reminds them that courage and kindness can change the world, that friendship is magic, and that sometimes, all you really need to do is . . .

“Serve God, love me, and mend.” -Benedick (Much Ado About Nothing)

And my personal favorite piece of Benedick’s wisdom, proving it really is all about the details . . .

“When I said I should die a bachelor, I did not think I should live until I was married.” -Benedick (Much Ado about Nothing)

Where to Buy S.T.'s Books